This neighborhood just isn't what it used to be. Everyone we used to hang with when we were kids has moved out. The good bars have all closed up and the only music scene is downtown. So...we're moving. Packing up and heading across town. Here's our new blog.
Email ThisBlogThis!Share to TwitterShare to FacebookShare to Pinterest

What's it take to be a great creative?

Some good advice from a couple creatives I really respect.

Email ThisBlogThis!Share to TwitterShare to FacebookShare to Pinterest
Labels: advertising, advice, side projects


Just got a note from VCU Brandcenter that they have an upcoming series of info sessions in a few different cities: Richmond, San Francisco, Chicago and Portland.

Here are the details and registration link.
Email ThisBlogThis!Share to TwitterShare to FacebookShare to Pinterest

I cam across these classics from Tim Delaney today. I was reminded of a truth:

Only about 2% of the general public will ever read your body copy. (If you're lucky.)

But over 98% of creative directors will read your body copy when you're interviewing for a job.

So if you're a writer, use your book to prove it. 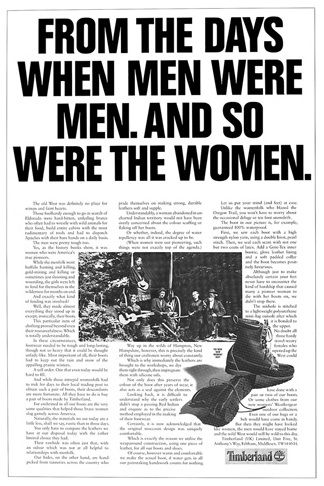 To clocks, bad ads and good ads are identical.

In Hey, Whipple, Squeeze This! Luke Sullivan reminds us that it takes just as long to make a bad commercial as it does to make a good commercial. Whether it's a brilliant, shining idea or a dripping wad of hair and toe jam, you're still going to have to do storyboards for it. And present it to the client. And walk through a director through the idea. And sit through a pre-pro. And sit in video village. And edit. And revision after revision after revision.

So don't cut corners on the idea. Make the idea solid. Because even if the client strips away your very best shots, and makes you change the music you love, and doesn't want to pay $1 million for the celebrity voiceover, you'll still have a strong idea.

If you spent the time to uncover it.
Email ThisBlogThis!Share to TwitterShare to FacebookShare to Pinterest
Labels: hey whipple, ideas, Luke Sullivan, TV

Know What You Need To Know

If you're doing an ad - even a spec ad for your student portfolio - know what you're advertising.

If you're advertising gum, go buy a pack and chew it. Chew it every day for a week.

If you're doing an ad for a car, go to the dealership and sit in it. Take it for a test drive.

If you're doing an ad for insurance, call them up and pretend like you're interested in buying some. You'll get a bunch of junk mail and follow-up phone calls. But you'll probably have a better ad in the end.

A lot of times, students (and even professionals) rely on the internet for research. We watch videos. We read articles. We sit through planners' consumer insights presentations. We think we're too busy for hands-on experience.

Get to know your product. Use it. Live with it. See what you love and what you hate about it.

You can do a good ad without ever touching your product.

But without it, it's very difficult to do a great one.
Email ThisBlogThis!Share to TwitterShare to FacebookShare to Pinterest
Labels: how to make your book better

This is an old "This American Life" about the writing room at The Onion. I was reminded of it the other day at work. It is an excellent example of the creative process at work and a pretty funny behind-the-scenes look at one of the most consistently funny publications in the country.

Our friend, Maria Scileppi, says 72U is "looking for Wonderful Weirdos." The application deadline for the program's summer session is February 10th.

If you haven't watched Chip Kidd's TED talk, take 15 minutes to do so.

Here are the Cliff's Notes. 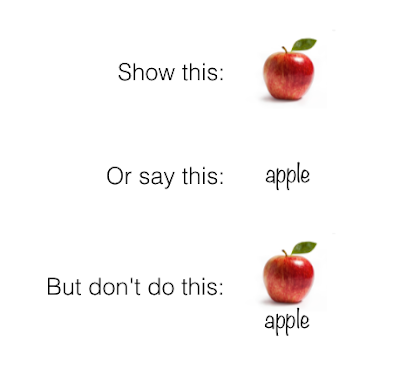 
I love to see side projects in someone's portfolio. Granted, they need to be interesting and well-done too. Bad poetry doesn't score many points. But good side projects show what you're capable of with no restraints. How far you'll go to make something cool. How big of an itch you have to just create something new in the world.

About six months ago, we hired this guy. His name is Guy. He's a great advertising creative, but beyond that he has a whole life as an artist. He has two portfolios, one for advertising and one for his art. Here's his art portfolio. For the inflatable Trans Am idea, he had no idea how to make inflatables. He just had the idea, then he started calling people to figure out how to make it happen. The end result is pretty bad-ass.


Another friend of mine recently started a side project (obsession) that required him to learn a new craft of his own. His name is Victor Solomon. I know him because he used to do some freelance editing and the occasional shooting for us. He had an idea to do basketball backboards made out of stained glass. A comment on the deification of athletes, the spiritual nature of sport, something like that. 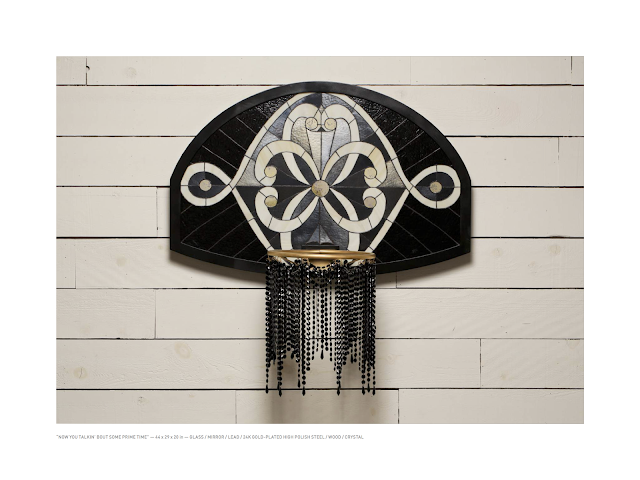 When he had this idea, he knew absolutely nothing about stained glass other than that he liked how it looked. So he did some research and did an apprenticeship with some master stained glass dudes down in San Jose. It takes him around 100 hours to make a backboard, but man are these things cool. And as he's just starting out, his craft is only going to get better.

See more of his backboards at literallyballin.com.

Ideas are a dime a dozen. The only ideas that matter are the ones you care about enough to actually bring into the world. Pick the hard ones--the ones that you don't know how to make. Let your passion to see it realized be your fuel. Make yourself learn something. In the end, you'll have created something in the world and in yourself.

Preview The Best of Makin' Ads. Comes with our Review of Portfolio Schools.

The Best of Ma...
For students of adv...
By makinads.com

When You've Memorized the Annuals, Read These...